Louisiana, 1889
Per their father’s will, all three Baker brothers must marry before a massive inheritance can be bestowed upon them, but Merritt “Rit” Baker is in no hurry to wed. On the run from her parents and poorly disguised as a typist, Octavia Derby was blessed with wealth but believes money makes for a poor marriage, so she is determined to prove she can take care of herself. If she were to marry, she certainly isn’t interested in a man whose fortune matches hers. Or a frustrating man like Rit Baker, her current employer.

The last hold out in a group of brothers who must all wed before receiving their substantial inheritance falls for an heiress who is determined to marry a poor man. Should Merritt “Rit” Baker decide to take Octavia Debry for his wife, he will become the one thing she despises: a wealthy man. And yet his brothers need their share of the Baker fortune to care for their own families. Can these two stubborn people figure out the conundrum of the century: who will become the final Baker bride? 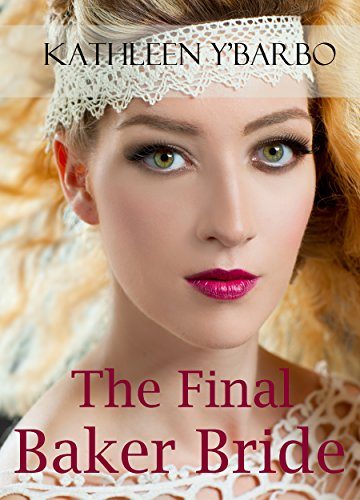